Apart from common in-game purchases, probably the most important source of income for indie developers are ads. I didn’t think a lot about what ad network to choose for my game Headless D and I implemented Google AdMob with their CPI and CPC are the best among all the networks and it was easy to implement.

Shortly after the launch of the game, I received an e-mail from Google that informed me that AdMob has been limited and virtually blocked for my game because they found “suspicious traffic” in my Ads stream. It seems it’s a very common thing to happen with AdMob especially to indie developers. Since this system works automatically and there is no human behind the wheel, I couldn’t ask to unblock the ads on my game and the only choice I had is to change the network. After a couple of tries with UnityAds and Facebook Ads, I moved to Heyzap.

Heyzap which has been bought by Fyber Fairbid is mediation network which basically mediates different Ads networks to deliver the best result. Of course, having someone in between the game and ads network means less profit and more chances for something to break, but it also means I don’t have to rely on one crazy algorithm. 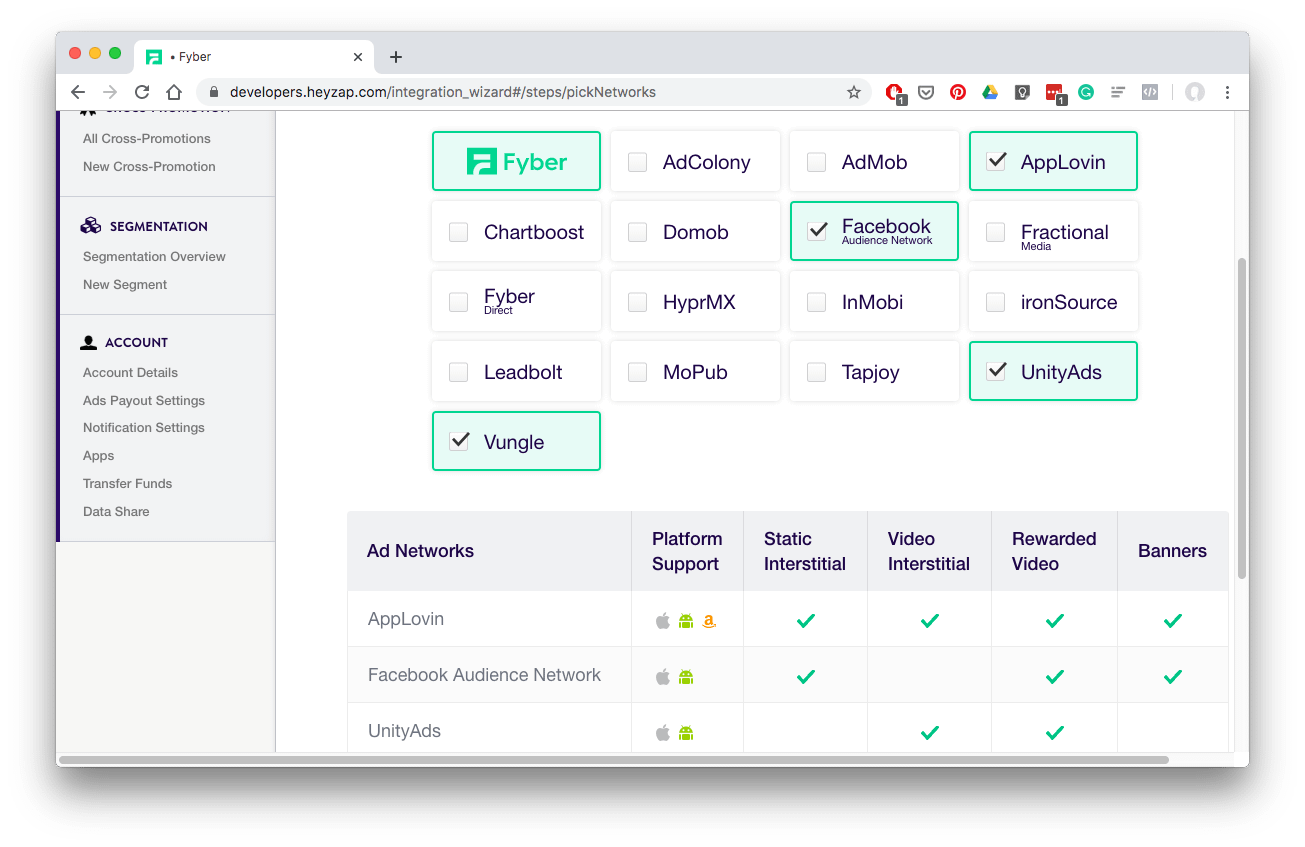 Implementation of Heyzap was far from easy. I used an extension by Robin Schaafsma which is open source now and it looks like will die soon unless someone picks it up for further improvements.

All the documentation for every network (Google AdMob included) is notoriously poor, not up-to-date and virtually useless. I cannot recommend enough Stackoverflow Community for help. Just searching and reeding throw helped me a lot to understand and find the right solutions. The author of Heayzap extension was also very helpful.