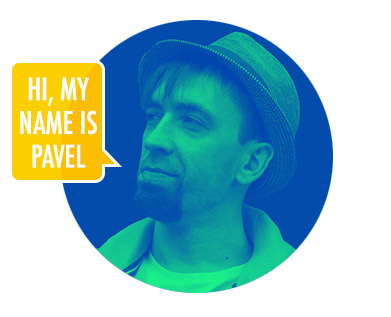 Hi! My name is Pavel (or Paul). I am an Artist/Graphic Designer/Illustrator.

I live and work in Vienna, Austria. I work as Senior Graphic Designer at STR. I was born in Moscow, Russia and graduated from Moscow State University of Printing Arts in 2002, qualified as a professional Publishing Illustrator. In 2009 I was awarded PhD degree in Arts by VNIITE (Russian Scientific Research Institute of Technical Aesthetics). In 2017-2018 I worked as Art Director at Sunfox Games. Since 2017 I’ve been working on my spare-time project Hit and crash, which includes the casual game, comic strip and many more. In 2016 I published my first spare-time solo project casual dungeon crawler for iOs and Android Headless D. In 2014-2017 I worked as Lead Artist at Sproing in Vienna, Austria. In 2013 I worked as Concept Artist at Wooga, Berlin, Germany. I’ve been working as a freelance Illustrator for game and book publishing companies over the last couple of years. Since mid-2008 to 2010, I worked as a Cover Artist in computer game developing and publishing company Akella. In 2007-2008 I developed concept-art for Russian on-line games. From 2002 to 2007 I worked as a Graphics Designer. All my published works were created with Adobe Photoshop, Autodesk Maya, ZBrush or similar software and Wacom digital tablet. I am always open to exciting challenges and opportunities.

In my daily work, I use the following software

My skills are based on experience and formal training and include: